My editing for this movie started in pre-production.

The director decided to create full previz clips from beginning to end for the film before we went into production.

Our goal was to try to visualize and create the film's atmosphere as much as possible before we went to shoot the actual movie, so I added temp SFX and music as well to the previz sequence.

Once production started, I was on set and getting offline videos or video tap image dailies from the filming department and replacing the previz image to live action videos. One of the unique parts of this project was we chose to shoot the movie with film stocks. therefore, all of the video files I got on set had to be replaced again with film scanned videos later on.

After production, we had already structure  80% of the 1st rough cut, and from there, the VFX team started creating all VFX assets and CGI monsters.

Simultaneously, I was adjusting editing timing and re-cutting the film, base on the VFX animations movements.

Part of some of the scenes are full CGI and if we thought the stories were weak, we had the advantage of creating new stories at the post.

This project was one of the hardest I have ever worked on but in the end, it was worth it because we won "THE BEST SCI-FI/FANTASY FEATURE FILM" at the 2018 Burbank International Film Festival and a witch was released worldwide. 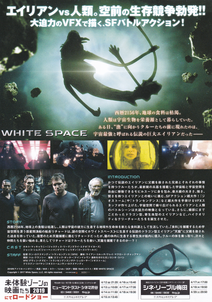 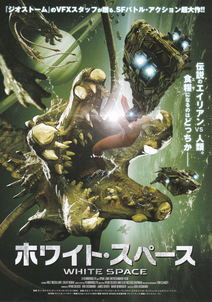 When a deep space fishing vessel is robbed by a gang of pirates, the Captain makes a daring decision to go after a rare and nearly extinct species. His obsession propels them further into space as the crew spins toward mutiny and betrayal.